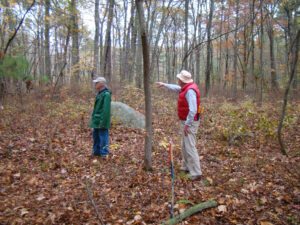 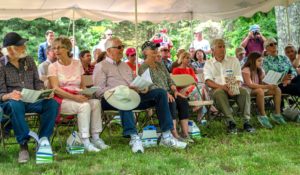 June 9th at the Deborah and Roger Richardson Nature Preserve was a day for education, recreation, and celebration as more than 200 visitors participated in walks, talks, games, geocaching, and expressing appreciation to those who made it all possible.

Following acquisition of the property in June, 2016, the event was two years in the making.  New trails have been marked and boardwalks have been installed.  Signage has been put up to recognize and thank the major donors.  Interpretive panels describe the site’s history, flora, and fauna.  A new split rail fence marks the west edge of the property.  The 18th century Barrows House has a new coat of paint and is enhanced with historically-appropriate plantings.  Years of untamed growth have been removed to reveal an expansive lawn dubbed The Glen.  More overgrowth has been removed to reveal hardy perennials not tended for decades in Deborah’s Garden.

Visitors participated in various guided walks–viewing vernal pools, wetlands, fields, forests, gardens, and foundations of farm outbuildings.  Children petted a visiting herd of alpacas and went on a nature scavenger hunt.  Local residents interested in the history of the site could hear a historical narrative by Bill Lewis and then view the evidence with their own eyes.  Geocachers sought their own treasures.  And those with energy to burn could circle the trails in either low or high gear.

The weather could not have been better–showing the preserve in a perfect light. 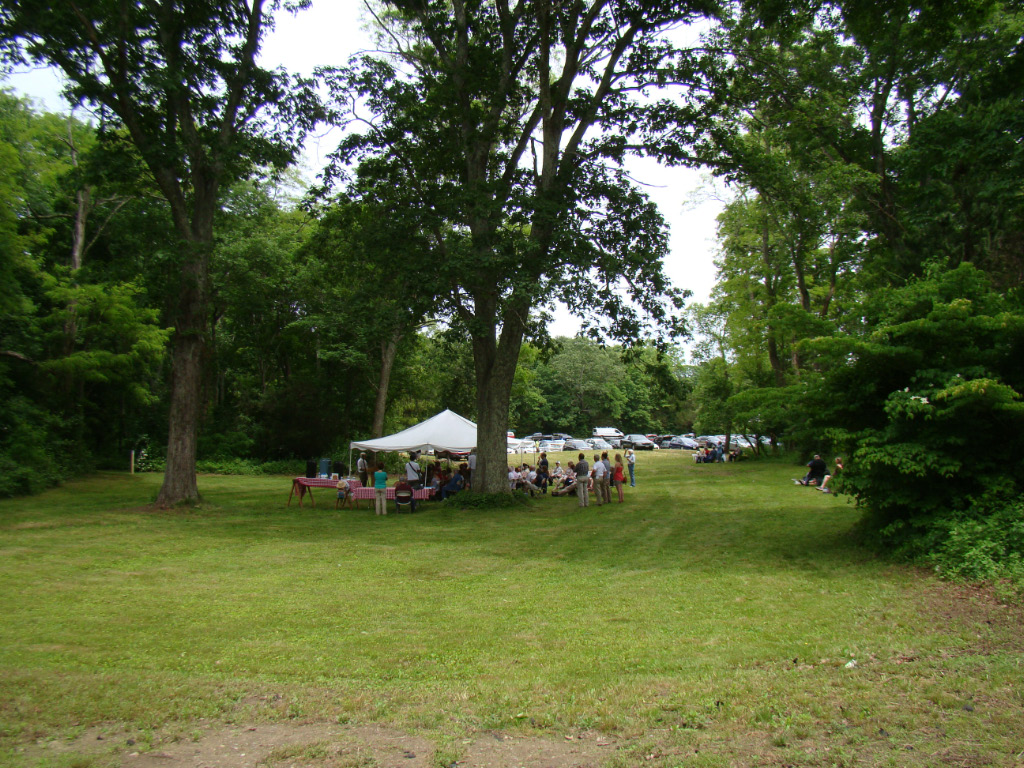 Opening ceremony in the Glen at the Richardson Preserve.    Image credit: C Adler 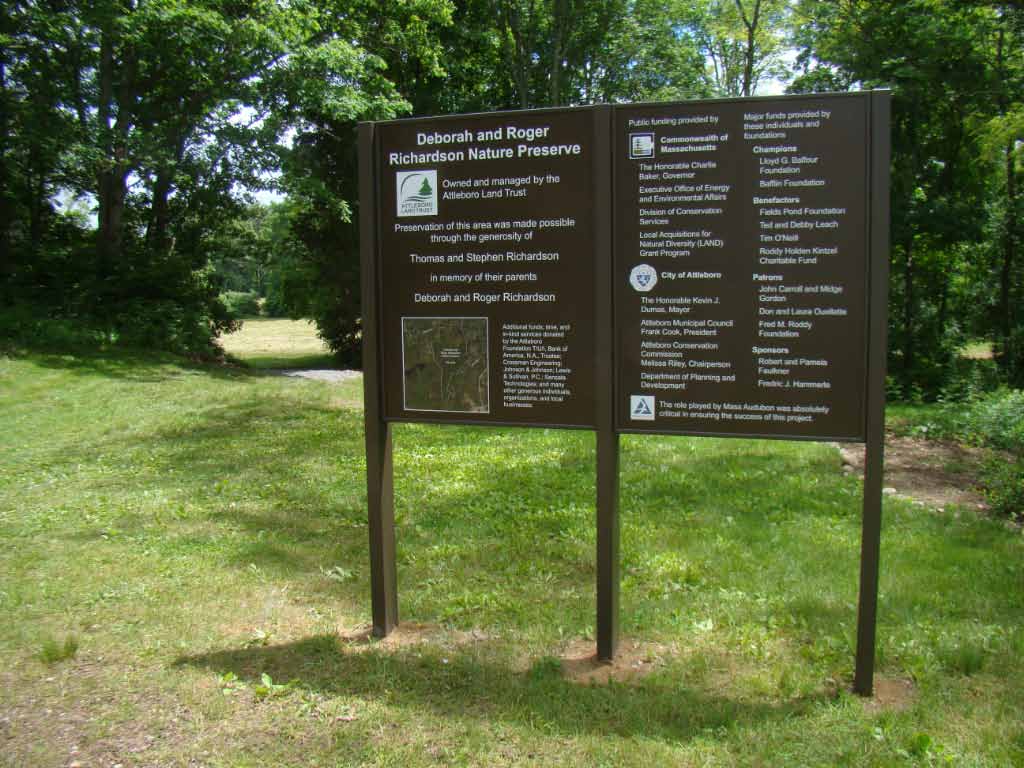 A sign recognizing the many significant donations and grants that made acquisition of the preserve possible.    Image credit: C Adler 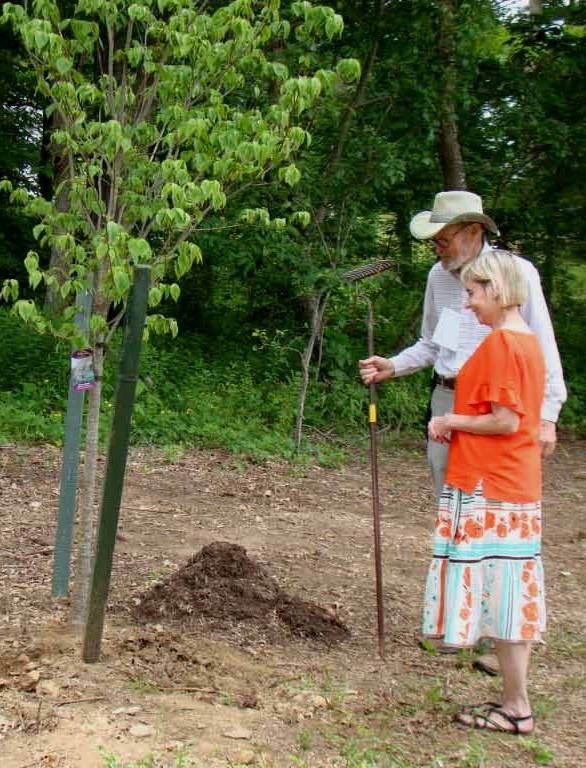 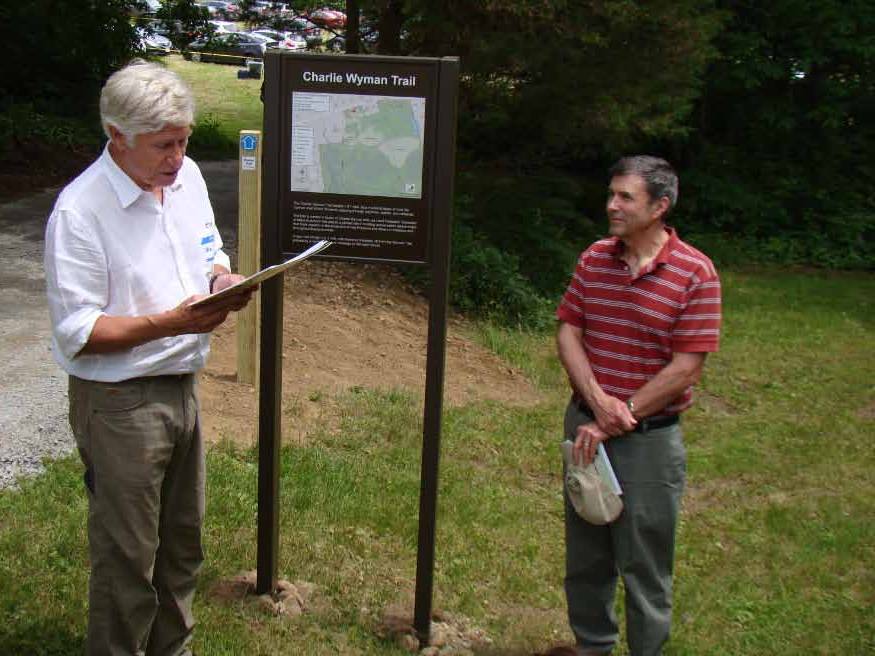 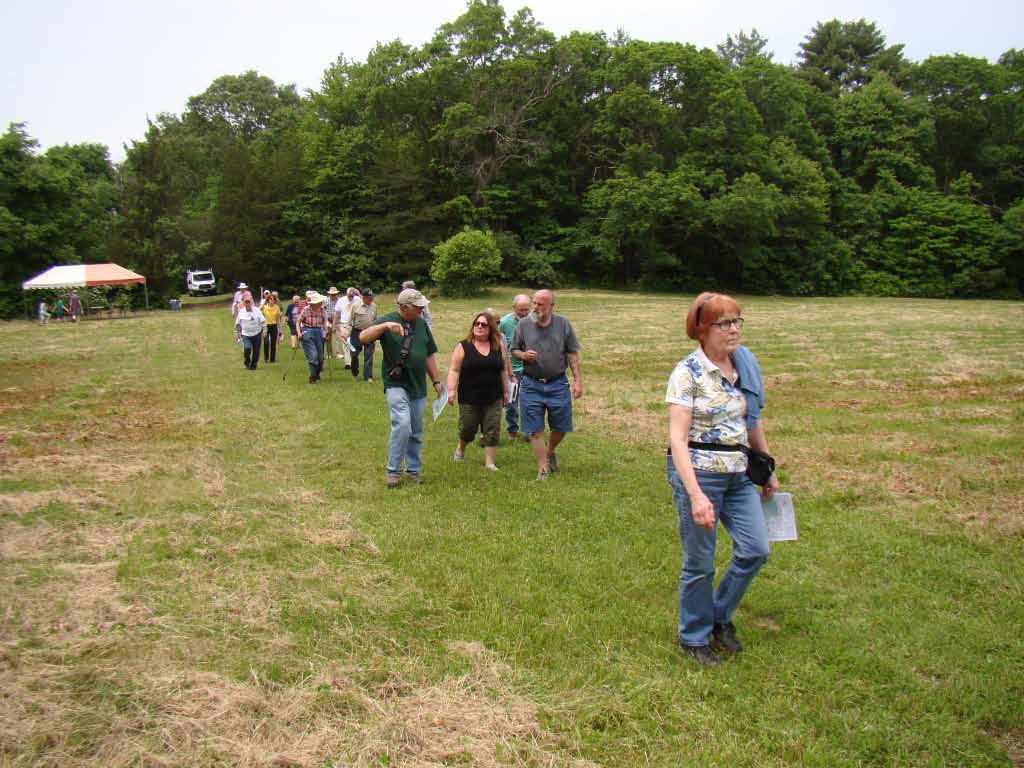 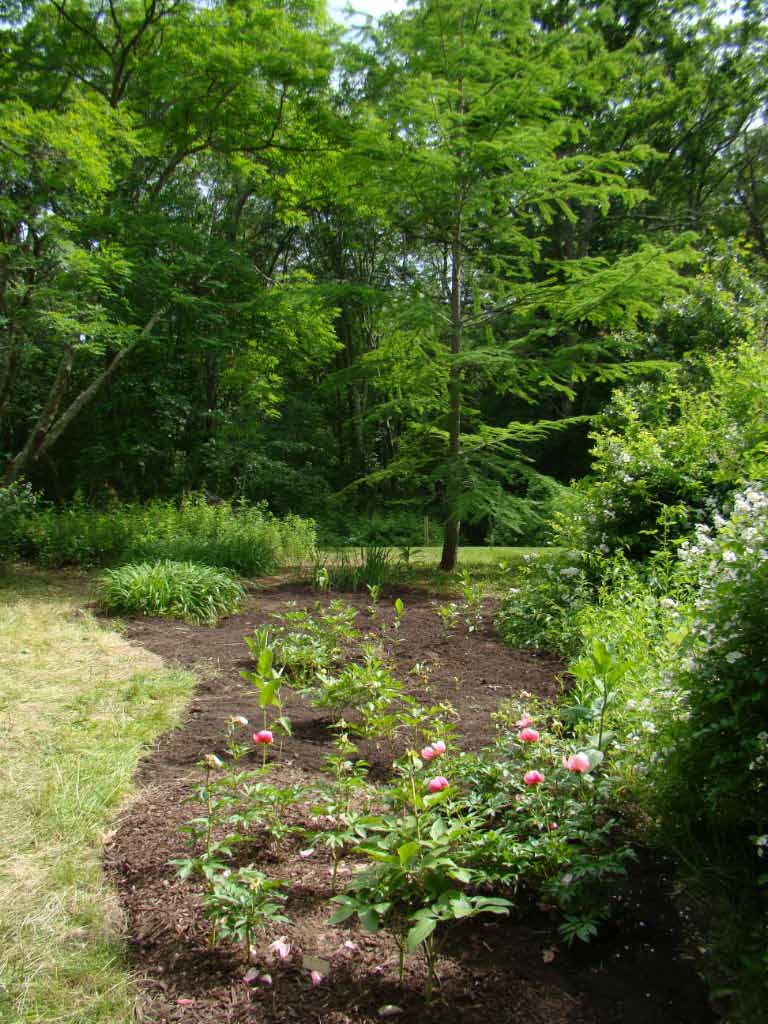 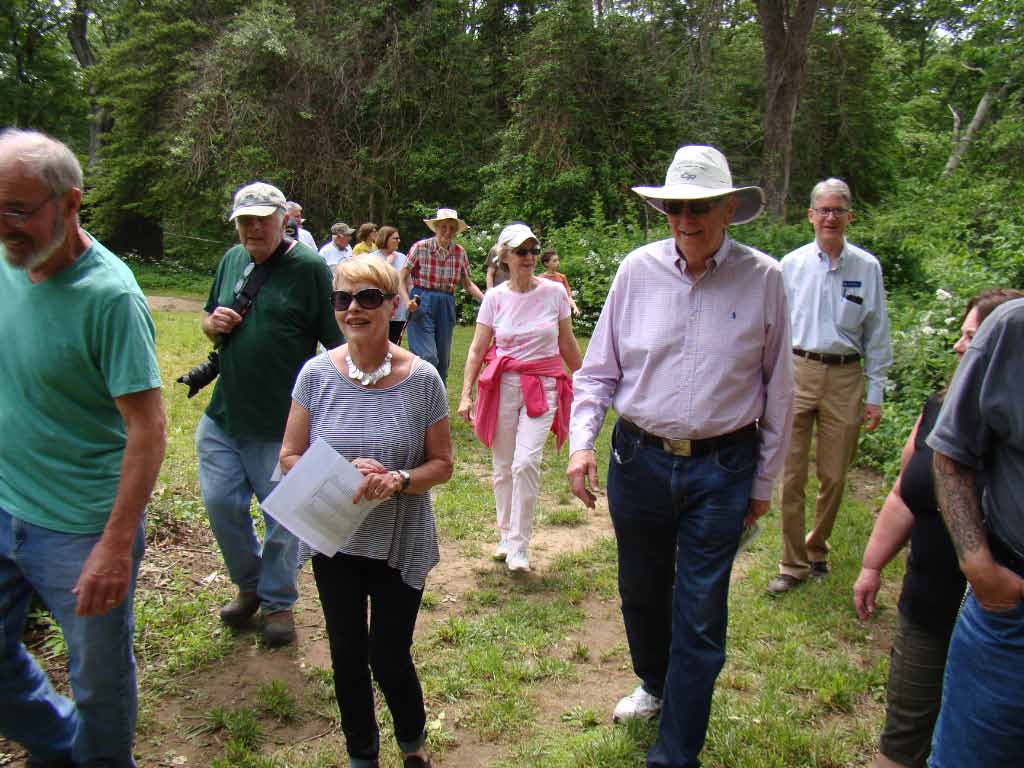 Deborah’s Garden is one of the last stops on the Charlie Wyman Trail.    Image credit: C Adler 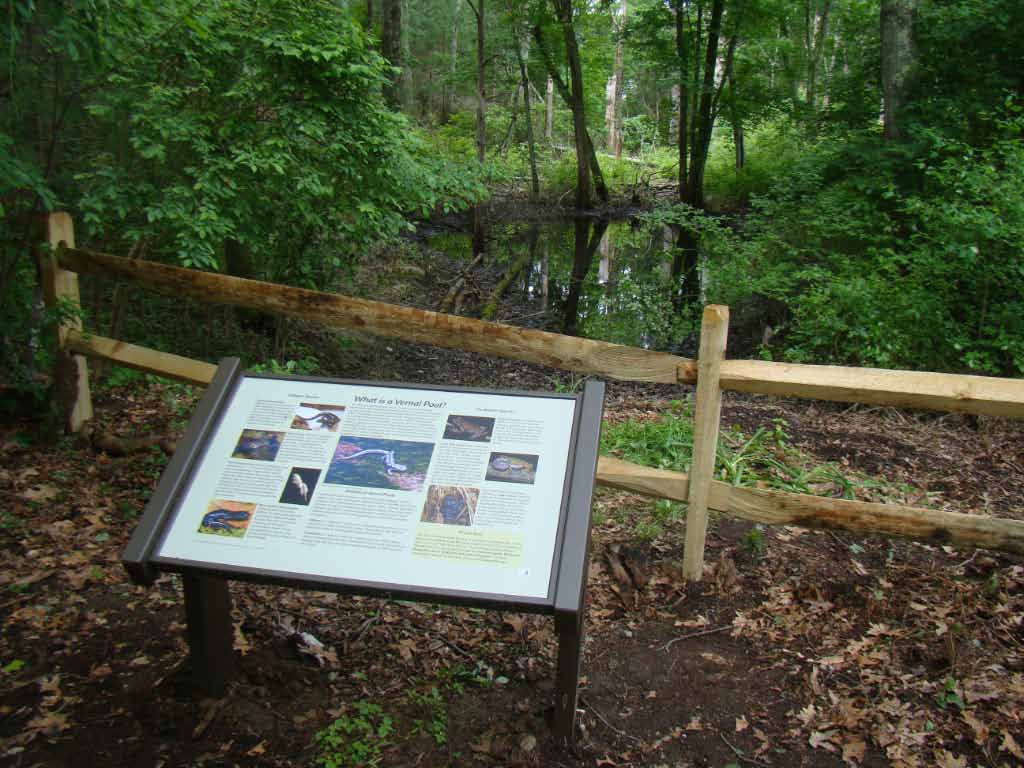 A side trail passes by this vernal pool.    Image credit: C Adler 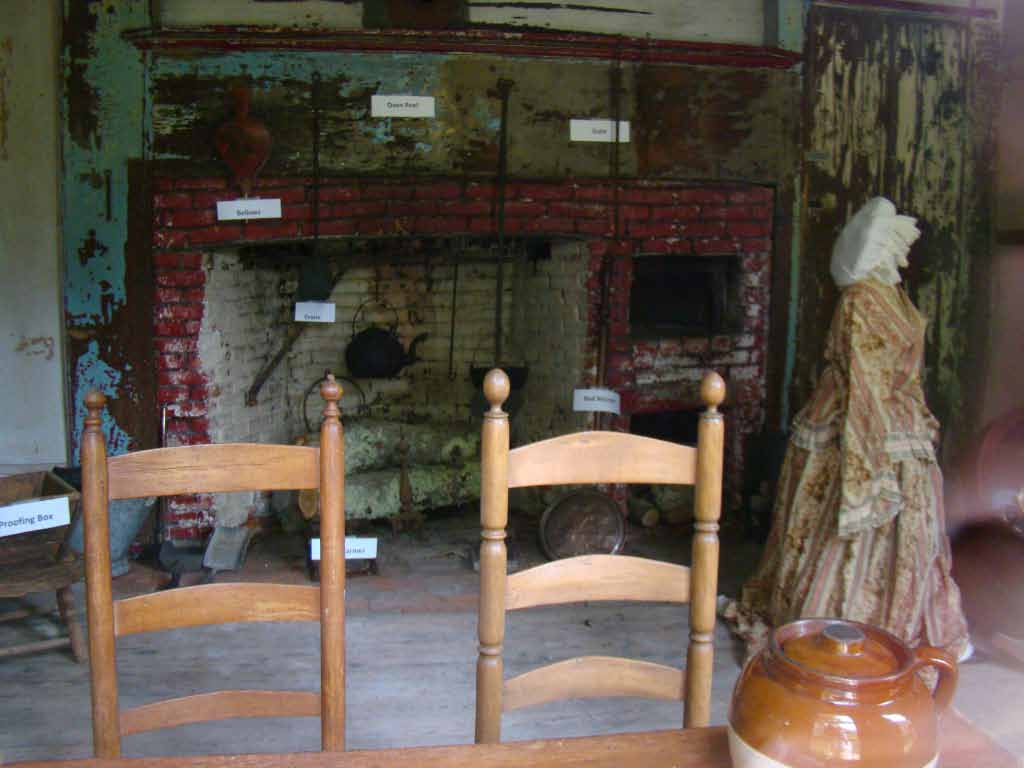 This eighteenth century tableau prepared by local historian Bill Lewis could be viewed by any visitors curious enough to peek into one of the front windows of the Barrows House on June 9th.    Image credit: C Adler 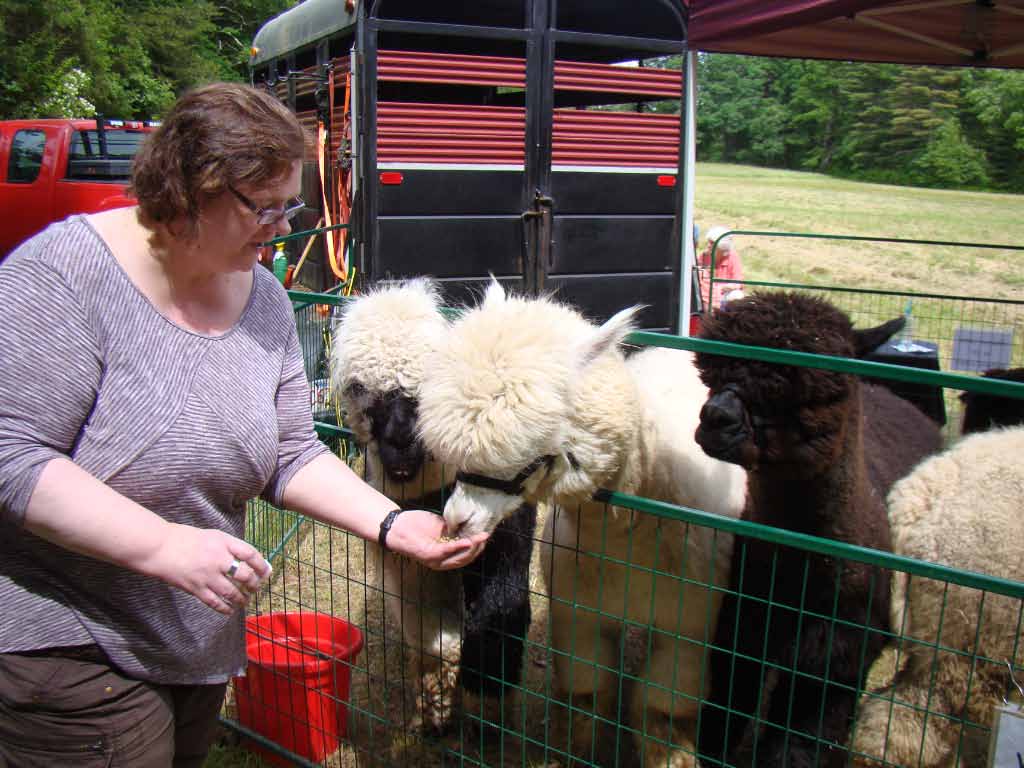 The owners of Happy Snowman Alpaca Farm in Attleboro kindly brought their alpacas and demonstrated wool spinning techniques to the delight of all.    Image credit: C Adler

Read more about this event in an article published in The Sun Chronicle. 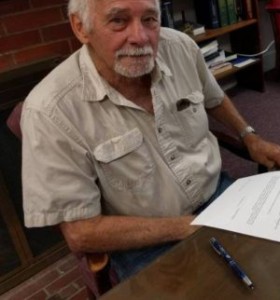 On June 29, the Attleboro Land Trust received 36 acres of conservation land as a gift from Donald DesVergnes, Roger G. DesVergnes, and Marette & Sons, Inc. The land, to be named the DesVergnes Family Nature Preserve, is in two parcels located east of Lindsey Street. The larger of the two parcels (26 acres) has frontage on Lindsey Street and consists of undeveloped land between residential areas on Roadway A, Roadway B, and Colt’s Way. The smaller parcel (10 acres) lies between a residential area on Kennedy Drive and the Mansfield line. A utility easement allows power lines to cross the parcel. Future plans for the property include walking trails on the larger parcel off Lindsey Street. We are grateful to the DesVergnes family for this generous gift, which brings the total acreage protected by the Attleboro Land Trust in the city to 690 acres (490 owned and 200 under conservation restrictions which we hold).